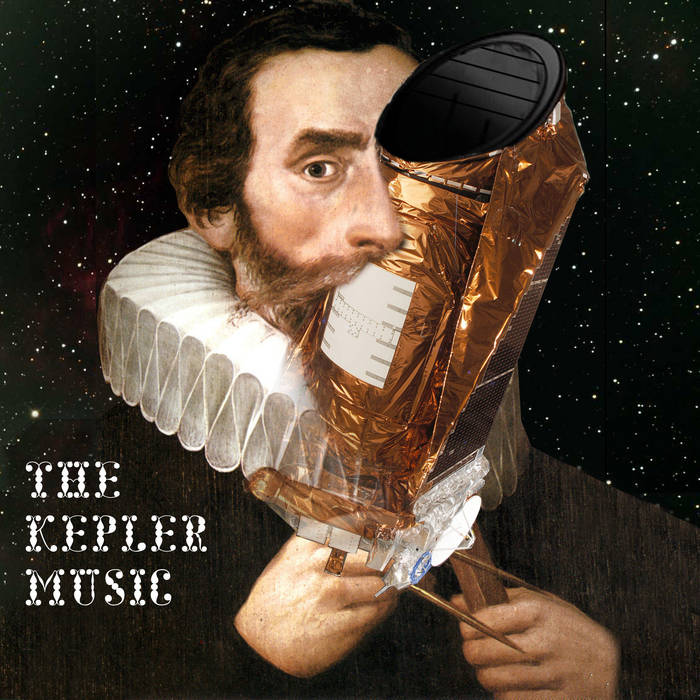 Johannes Kepler was a German renaissance astronomer. The Kepler spacecraft launched in 2009 was named after him. Its mission is to explore a tiny section of the Milky Way in the discovery of earth-like planets orbiting other stars in our galaxy. It orbits 92 million miles from Earth.

Each song was crafted using actual data sent back to Earth from the Kepler spacecraft. Each planet observed has an individual signature and pattern to its orbit around its sun. The data collected comes back in measurements known as light curves.

Light curves are graphs that show the brightness of an object over a period of time. In the study of objects which change their brightness over time, such as novae, supernovae, and variable stars, the light curve is a simple but valuable tool to a scientist.

These light curves are translated into tone sequences, (the process is called sonification) those sequences are assigned to instruments and in some cases mixed with environmental sounds for a finished piece.

Each number in the title (like 452b) refers to a different exoplanet orbiting its own sun. There are nearly 5000 that have been observed near to the size of Earth. The list gets bigger each day!

Cliff Baldwin has composed electro-acoustic music for 40 years. His work has been shown at Anthology Film Archives, The Kitchen, various galleries and in exhibitions like Soundworks at Franklin Furnace, and aired on NPR. His compositions are played by the BCR Big Band in Kansas City, MO. He founded ACME and is a founding partner of the Rites of Spring Music Festival on the North Fork of LI. ... more

Bandcamp Daily  your guide to the world of Bandcamp